Put Three Decades Media Experience on Your Side of the Table 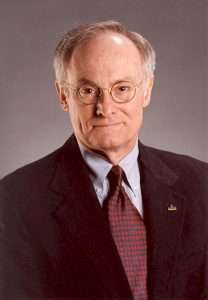 Prior to forming GMS Dave owned and operated a group of five award-winning newspapers in contiguous markets. Dave also designed and operated for several years a central web printing plant.

Dave was elected president of the Washington Newspaper Publishers Association. He served on the board of trustees for both WNPA and WNPA Services, Inc., a publisher-owned advertising rep firm.

Dave also was elected by his peers to serve as president of WNPA Services, Inc. While at the helm of “Services” he engineered the nation’s first association sponsored statewide classified advertising program now used as a model throughout the U.S.

For many years Dave represented his state’s community newspaper publishers on the Bench-Bar-Press Committee.

Dave is a graduate of Hastings College in Hastings, Nebraska, and holds a BA degree in History with minors in English and philosophy. Dave’s media career began in broadcasting in high school and continued through college where he worked as a TV director for an NBC affiliate. While newspaper publishing has been his primary focus since completing a five-year stint as a Naval Aviator following college, Dave put an FM radio station on the air and operated it in conjunction with his publishing properties.

You’re Invited To Check Our References

Currently Publisher of the Weatherford Democrat and Mineral Wells Index